Over two classes we draw the characteristic twisted-cable marble and mosaic patterns of Sultan Hasan Mosque Cairo and Hisham’s Palace in Jericho constructed in the 8th century as the Winter Palace for the Umayyad Caliph.

We will go back to the roots, the Umayyad period and the formative years of Islamic art. We will look at the artistic influences of the Roman–Byzantine and the late antique classical naturalistic tradition as well as the famous cosmati floor patterns of 13th century central Italy.

Cables mostly form complex closed loops, joined at points of local overlap by interlocking ‘knots’. The combination of loops and knots generates broad versatility of design and a rich spectrum of extant patterns. 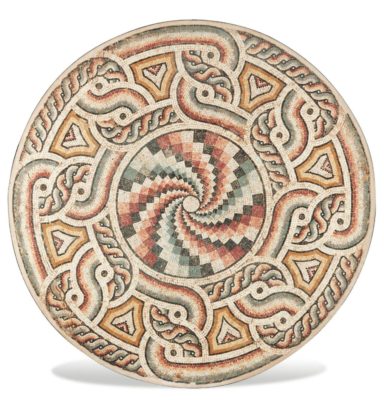 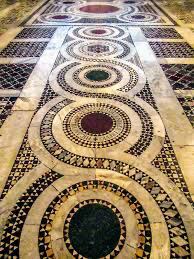